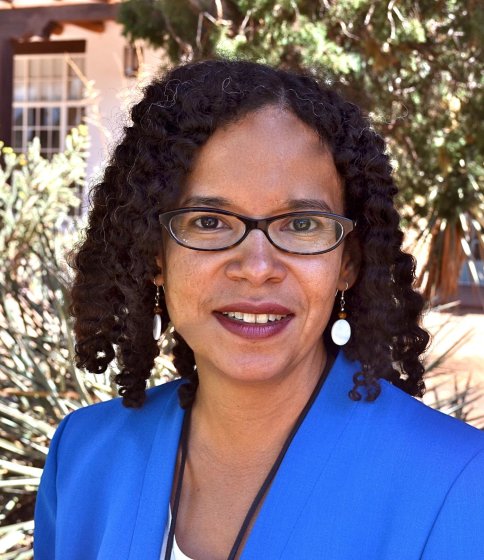 Nancy López, PhD, is a professor of sociology at the University of New Mexico (UNM). She directs and co-founded the Institute for the Study of “Race” and Social Justice and she is the founding coordinator of the New Mexico Statewide Race, Gender, Class Data Policy Consortium. Dr. López currently serves as Associate Vice President for the Division of Equity and Inclusion and has served as the inaugural co-chair of the Diversity Council. She was awarded the Inaugural Academic Leadership Academy Fellowship of the Division of Equity and Inclusion, UNM. Dr. López is Secretary of the American Sociological Association (ASA) and Vice President of the Sociologists for Women in Society.

Dr. López has received Foundation grant funding for a mixed method study of the role of ethnic studies curriculum and cultural relevant pedagogy in reducing complex intersectional inequalities in high school, served on over 75 PhD/MA committees, and given over 130 seminars on at national conferences, invited lectures, and community gatherings. She has been recognized for her contributions to engaged scholarship through the ASA William Foote Whyte Distinguished Career Award for Sociological Practice and Public Sociology and is the author of Hopeful Girls, Troubled Boys: Race and Gender Disparity in Urban Education, which examines the race-gender experiences of Dominicans, West Indians, and Haitians in New York City.

She received a Bachelor of Arts in Regional Studies in Latin America from Columbia University, and a Master of Philosophy and Doctorate in Sociology from the Graduate School & University Center (City University of New York).